Hong Kong is giving citizens the trademarked six layer CuMask. How many times can it be washed - 60! That tells you something about the quality of it right there. Here is more info on the CuMask. But, if you want to buy a CuMask, you can't find one online, not even on Aliexpress. It's not that six layers is the magic number, but the characteristics of the best, most effective masks are layers, and different materials for filtering.  I cringe every time I see someone in a bandana mask, having read in the Duke Mask study that it is literally worse than having no mask at all.

I was reading where we in the USA still haven't really moved beyond low-tech, low effectiveness cloth masks (we're lucky people are wearing masks at all here). Some people are saying that is because we don't have a lot of education out there about what masks are the best, in terms of effectiveness.

But, for those in the USA that want a good six layer mask, I am seeing some out there like this:

1. Copper Ion Infused 6 Layer Mask by Shero at $20. Right now it has about a thousand reviews that average 4.5+ stars  (click below to buy - I'll get a tiny amount if you do which can help buy me some tea while I do some of this research :))

2. Swiss Eagle MULTICOLOUR Cotton Respirator 6 Layer Reusable Outdoor Face Mask (PACK OF 4) (Black Mesh (Pack of 4)) at a little more $22 has over 200 reviews that average around 4.5 stars.
What are some that you are seeing out there? Comment below.
at January 18, 2021 No comments:

Is Raspberry Pi Still a Thing in 2021 - No, It's Declining In Popularity

The short answer to whether the raspberry pi is still a thing in 2021 is no, it really isn't very popular anymore. The reason I say that is backed by empirical and quantitative data.
I thought of buying a raspberry pi, because I was looking at making a weather station, but what I noticed was that the videos I was seeing were pretty outdated. Back when the pi was still popular, there were new videos being made all the time, but now a lot of the videos you see out there are just recycled, even when the titles include fresh dates. Don't believe me? Okay, then Google raspberry pi project ideas for 2021 and what you'll see is the same old stuff repacked for updated search queries. Right?
Now, for the more quantitative support behind my reason for saying that raspberry pi is outdated. Look at this screenshot (top right) from Google trends, which shows that in just a few short years since raspberry pi's peak back in 2015-16, its popularity has dropped by half by 2021.
What's next for maker projects? Creating voice search bots and skills, like building Amazon Alexa skills etc. Only the super nerdy will shun the cloud and continue buying hardware like the pi, which isn't a bad thing - it just means way less support and mainstream excitement around these types of products, which puts it in retro mode (not a bad thing if you like tinkering with obsolescence?). Okay, maybe that is too harsh, but it is the sense I'm getting, so I challenge readers to prove me wrong in the comments section.
at January 18, 2021 No comments:

Outside The Wire - Ending Explained

Last night, I watched the new Netflix January 2021 movie release, Outside The Wire, and my review in the form of stars would be 2 out of 5, because it's kind of a replay of Avengers: Age of Ultron, man vs. machine in the form of sentient A.I. Reviewers describe the flick as a future war film that calls into question the USA's involvement (in wars like the Middle East etc.). It combines all of the elements of a sci-fi action flick, a classic good vs. evil with an artificial intelligence turning on humanity with a cold rational judgement that it is humanity that must be erased in order to establish real lasting peace.
And, Outside The Wire's ending does just that. Leo, the android antagonist, played by Anthony Mackie (who ironically played hero Sam Wilson - Falcon in Captain America) has a final fight scene with Lt. Thomas Harp played by Damson Idris. In this final scene, Harp fights Leo at a nuclear facility where Leo has just activated the launch sequence for nukes to strike America. Leo has done this because he believes it will reveal to the world the flaws in the U.S. involvement in wars worldwide and save more lives than what the nukes will take.
Harp shoots Leo several times and asks him to shut down the launch, which Leo says he can't now that it is in play, and then Harp calls in a drone strike, which comes down as a hellfire missile that makes us think Harp was killed, but alas he runs fast enough away and is hailed as saving the USA and informed that he is being sent home (probably to be with the girl he had been missing throughout the film).
Harp, the former drone pilot gone rogue had joined Leo in the first place because Leo had hand picked him for a ground mission to eliminate a rebel element in Ukraine pursuing nuclear codes to a Russian launch site. But, what Leo really wanted was to find a fall guy, someone who had already disobeyed orders who he could manipulate into removing his fail safe (at following human orders) and helping him escape his military handlers. The irony of Harp being on the ground encountering the collateral damage he often causes as a very removed drone pilot is force fed to us. He must see up close how much damage he does to families, and come face to face with how his cold utilitarian calculations don't feel ethical when he is down in the field himself.
Definitely not an appropriate film for children, or probably anyone with ptsd since it is extremely violent with all of the associated gore.
Outside the Wire
R 2021 ‧ Fantasy/Adventure ‧ 1h 55m
Trailer on YouTube (embedded above)
34%
Rotten Tomatoes
5.4/10
IMDb
64% liked this movie
at January 17, 2021 No comments:

Tombras is hiring an SEO strategist to help lead an initiative (using BrightEdge) for a national brand focused on books, toys, etc. -- reach out to me if this category interests you. It's fun to work in toys in my opinion, seeing and influencing the 2021 trends, like anime, manga, etc. 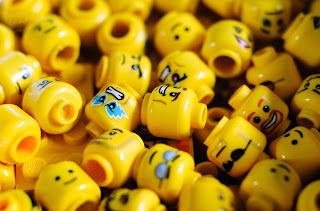 How to Solve a Rubik's Cube, Step by Step - The Best Youtube To Watch (Really)

If you want to know the steps to solve a Rubik's Cube, then you'll probably start by looking at Youtube for videos on solving the brand new Rubik's Cube you bought and then happened to scramble just a little to see if you could get it back to the new default. And, then you just made it worse, the more you tried to fix it.

And, even harder is finding the best video to use to solve the cube step by step. I looked and tried different video instructionals promising to solve the cube in five minutes, in just a few algorithms etc. But, they all fall short, except one. The video below is the one I used to solve my Rubrik's cube. Granted the whole journey of getting it all reset to the new default pattern took about seven hours, but once I found this video it was lightspeed before it was solved.

Is Disney+ better than Netflix? Well, I just cancelled Netflix, and subscribed to Disney +. Why make the change? Disney + is the future, with the shift from theme parks to online streaming. Look at the Disney / Pixar's Soul, as an exciting new release, versus Netflix's outdated releases like Cobra Kai. There is the question of whether you should subscribe to both Netflix & Disney plus. Well, you could, but if you're into downsizing digital subscriptions, and just choosing the best ones, then my suggestion is pick Disney+ which costs less at $6.99 a month vs. Netflix which starts at $8.99 per month. In terms of creative, Disney + is way more likely to produce higher quality flicks, along with offering even better older classics, like Big with Tom Hanks (which we're watching tonight - doesn't it make you want to design toys!?) 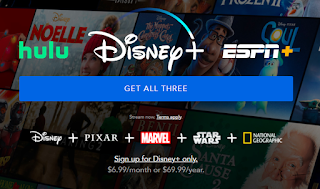 What do you think?

If you aren't ready for circus school yet, but want a little circus magic added to your Yoga routine, then check out this yoga video below. I found this video when I was searching for virtual Cirque du Solei performances and events, which you can find on this page. Along with the yoga video, there are a lot of special shows to watch, and pretend you are there in person. I was thinking that Cirque would not be having live performances any time soon with covid and the 2020 bankruptcy (read here - hopefully their blue ocean strategy comes in handy), but it does look like there are shows scheduled throughout 2021 and 2022 here. We had attended Corteo in Cleveland a couple of years ago, so I've been a fan ever since. If you're super bored and need a little boost to your creativity, then there is actually a book Cirque du Soleil: The Spark here.
at January 01, 2021 No comments: